Creating a platformer with LITIENGINE

So, you’ve learned about LITIENGINE – great!

You’ve created a project in eclipse and imported LITIENGINE. If not, check out our Download Page that comes with detailed installation instructions.

Now you’ve probably come to the point where you’ve asked yourself:

“How am I supposed to actually make a game with this?”

In this How-To-Series, we guide you through the steps necessary for creating a platformer game inspired by the old Duke Nukem games, made in a glorious four-colour gameboy look.

The this project is entirely open sourced (under the MIT license). You can find the code among all the assets in the GitHub repository for Gurk Nukem. 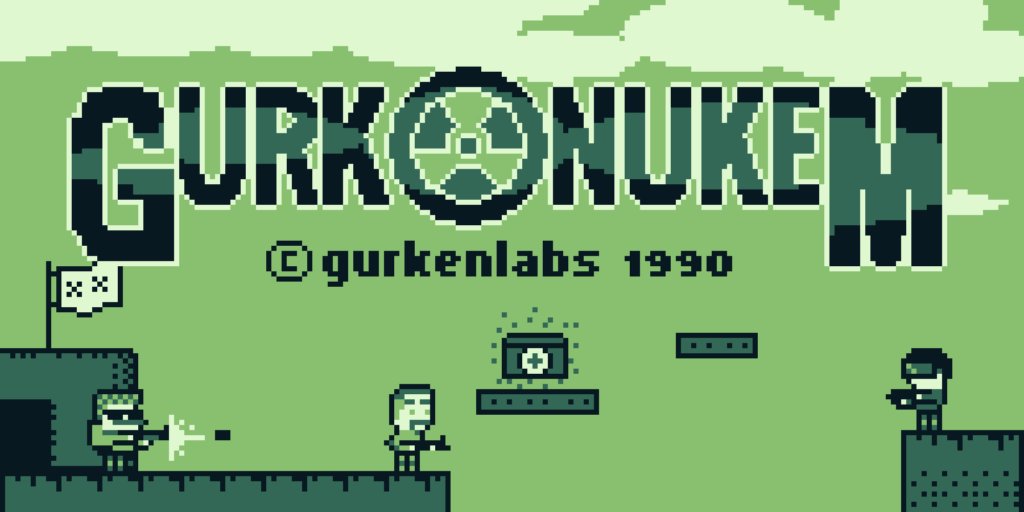 Each blog chapter will represent the work that can be done in one day by following our step-by-step explanations.

Creating a project in utiLITI

For a general idea about what utiLITI is, read the docs page about utiLITI first. 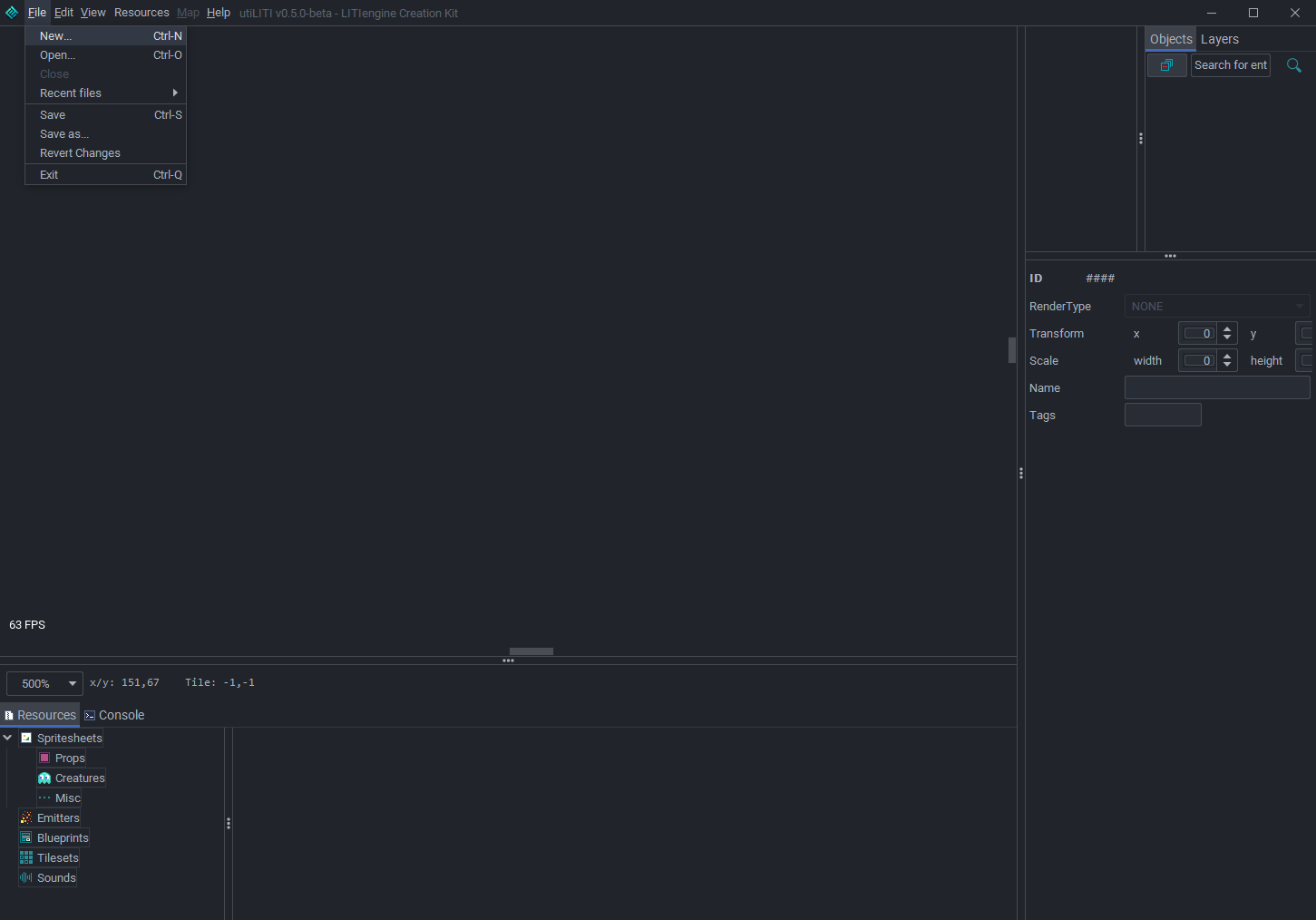 In the file browser that pops up, navigate to your project directory and hit "Open". Even if you still have done nothing, hit "File -> Save..." (CTRL+S) to create a game resource file. You can name it whatever you want, we go for something like “game.litidata” in this guide.

Let’s assume that you’ve already created assets for your game. In our case, we picked a 4-colour GameBoy style for our project. So what basic Assets do we have at this point?

For entities that are child classes of Creature, there are naming conventions for walking and idle sprites.

We need sprites named like {SPRITE_PREFIX}-{STATE}-{DIRECTION}.{EXTENSION}. Following these naming conventions, we create gurknukem-idle-left.png and gurknukem-walk-left.png. You only need to provide a left or a right sprite in both cases, the CreatureAnimationController will automatically flip it when necessary.

For now, we will only add two props: a bunker and a destructive barrel. For props, there are naming conventions, too: prop-{PROPNAME}-{STATE}.{EXTENSION}

This means that we need three image files for our destructible barrel: prop-barrel-intact.png, prop-barrel-damaged.png, and prop-barrel-destroyed.png Non-destructible props such as our bunker only need one animation file, in our case prop-bunker.png. 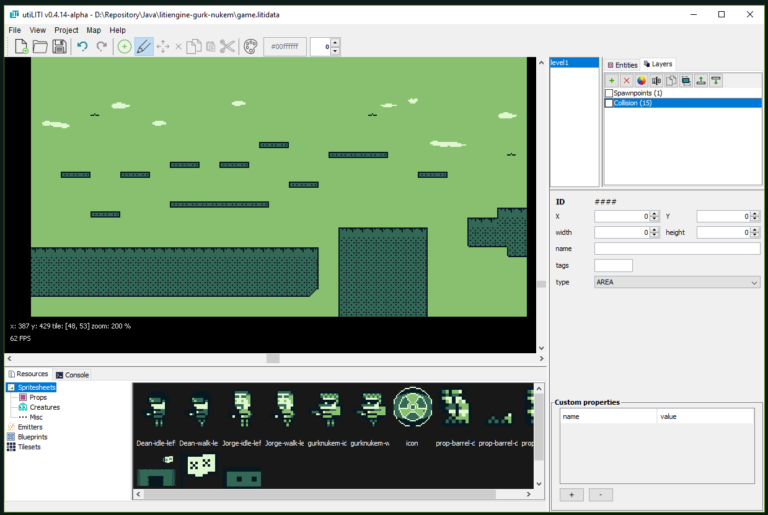 Adjust your grid and snapping settings in the "View" menu.

In the Layer toolbox in the upper right corner, you can Add, Delete, Recolor, Rename, Duplicate, Focus / Hide, and reorder MapObjectLayers. To maintain a comprehensive structure to our map files, we try to create at least one layer for each Entitytype (There is the “Entities” tab to help you navigate through entities by type, as well).

Let us now create your first Entity! Select a MapObjectLayer, then right-click somewhere on the map and hit "Add -> Add CollisionBox". Click and drag with your mouse to specify the bounding box of your Collision box as shown in the gif below.

In the same manner, create a Spawnpoint that will be used to spawn our player entity. Edit the Spawnpoint’s Attributes in the Map Object Panel on the right as shown below. You can give the Spawpoint a name for identification and set the spawn direction for our Player.

Before we look into coding now, we will set some basic properties for your map such as its name, description, and static shadow color. Simply hit "Map -> Properties" and you will see a popup for editing Map properties.

Congratulations! You’ve successfully completed the first steps on your way to creating a platforming shooter with LITIENGINE. Learn about setting up the basic functionality of our game in the next chapter.

Chapter 2: Time to pull out your hacker gloves

Now that you've created a first test map for your platforming game, we will show you how to load the map into your game, how to configure and spawn a Player entity, and how to implement basic gravity and jumping behaviours.

Let's start today by opening up the Eclipse IDE (as it is the IDE of choice for this how-to-series).

At this point, we assume that you've already created a Java project and referenced LITIENGINE in it as described HERE. Also, you have created resource folders and added them to your project's build path. In our case, there are three resource folders: 'maps', 'sprites', and 'audio', which are located in the root folder of our project.

We proceed with creating a class containing our main-method to actually run our program like in the example shown below:

We've all been waiting for this moment, let's go ahead and RUN THE GAME!

But wait, what's this? Our game window is there, but it doesn't show anything.

As it would be nice to actually have our game shown in the empty window, we need to render the game world. For this purpose, we create an IngameScreen that extends GameScreen.

Running the game again, we finally see something happening in our window! 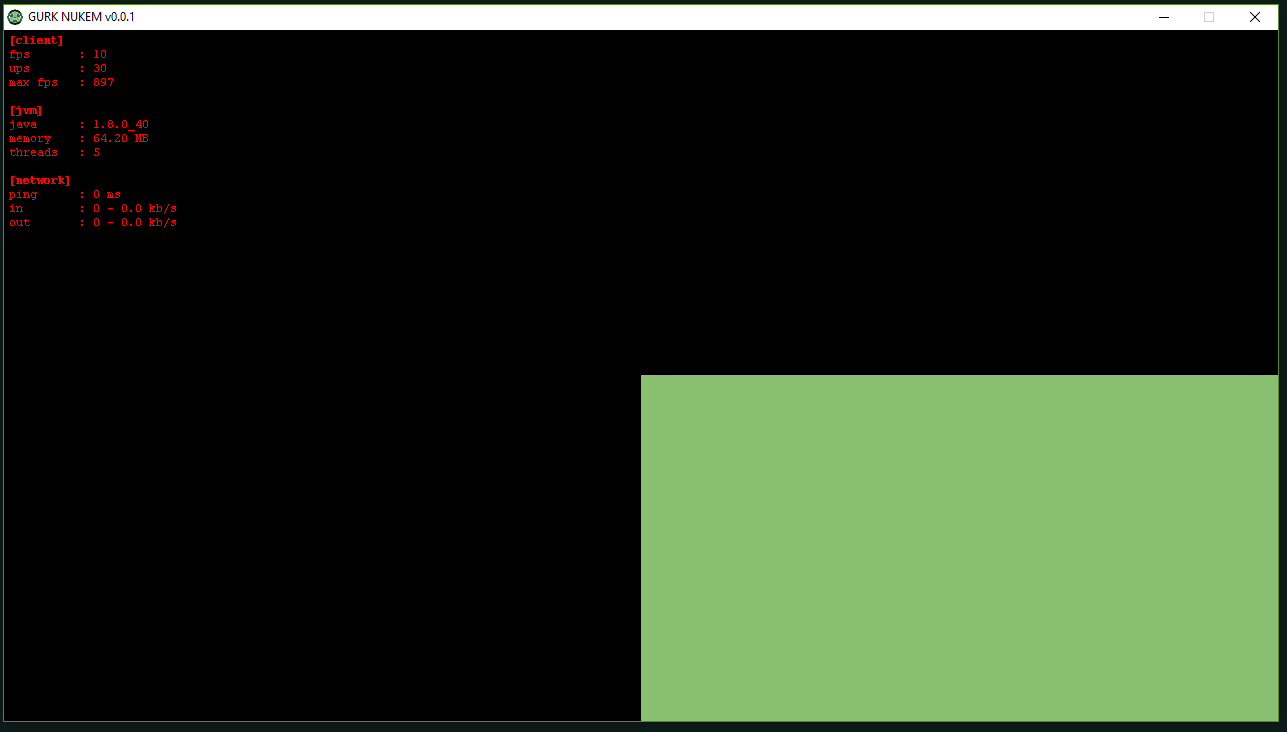 Right now, we only see the upper left corner of our map since we haven't defined any Camera yet. The default camera is locked to the map coordinates (0,0). You can enable and disable the game metrics shown in the image above, as well as other debug options, by modifying the config.properties-file in your project's main directory:

Finally, we can put our awesomely edgy main protagonist inside the game! For this, we utilize LITIENGINE's Entity framework. Let's go ahead and create a Player-class:

Right at the top, you'll notice the annotations. This is what they do:

For now, we leave the update()-method empty and focus on spawning our freshly created player into our game world.

Where to put my Game logic?

To keep our main()-method as atomic and light as possible, we go ahead and create a class GurkNukemLogic, where we will initialize global game logic such as spawning behavior or defining cameras.

Note that Entity names are considered unique per level in LITIENGINE by design. If you want to retrieve a collection of  Spawnpoints from the environment to pick a random one from, you could add Tags to them in utiLITI and call

Once we call GurkNukemLogic.init() from our main()-method, we can now walk around the ground in our map and we'll even fall down into pits!

Of course, there's one crucial thing missing here: The ability to jump!

But first, let's briefly create a class to manage all input (except player movement, which is already handled by the Player's PlatformingMovementController.

An odd thing you might have noticed by now is that you're not yet able to exit the game with any keypress. For initializing our key bindings, we create the class PlayerInput:

Again, we need to call this code from our main()-method by adding PlayerInput.init() to it.

Up we go - Implementing a Jump Ability

For the jump mechanic, we choose to utilize LITIENGINE's Ability framework. Go ahead and create the class Jump:

Where it all comes together

Now, back to our Player-class, where we have to perform a few more adjustments, ending up with the following code:

And that's it for today!

Sit back and enjoy your awesome player double-jumping around the platforms in your test map, just waiting for some foes to defeat!

There are binaries available on the 'Gurk Nukem' GitHub page. Head over there and compare your work to our reference project! We can't wait to share more about the journey of creating games with LITIENGINE, so stay tuned. 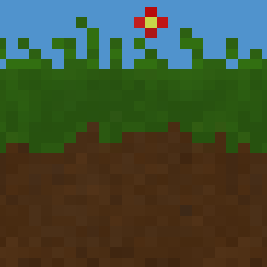