Now that you have a basic project structure with the LITIENGINE referenced, your next step is to bring it all together and run the game for the first time.

Since the LITIENGINE is a normal Java application, it needs to have an Application Entry Point in order for the JVM to know what to execute when launching the application. For that, we need a simple class that provides a static main(String[] args) method. We suggest to create a new class with a name similar to Program or GameRunner but the name doesn't really matter as long as the class provides the entry point.

We recommend you to keep this class as clean and minimalist as possible so that this class is only responsible for starting up the game. It's good practice to locate all your game logic in other classes.

Initialize and Start the Game

After successfully setting up the application entry point, it's time to actually use the LITIENGINE. The following example will initialize the Game infrastructure with the specified command-line arguments. Upon calling the method Game.start() an empty window will be spawned that renders a black background and a title with the LITIENGINE logo.

Note: If you can't import library even though update build.gradle right, try to refresh build.gradle.

If you see the following window, you’ve setup everything correctly and are now ready to create awesome 2D Java games with LITIENGINE! 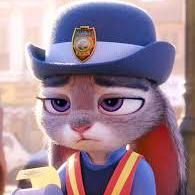